The history of the logo

Nowadays the word ‘logo’ is only used to describe the graphic symbol of a company. However, the meaning of the word also includes the name of the company written in the correct style and font.

The origins of company logos can be traced to Ancient Rome since they are based on heraldry. In Ancient Rome, the soldiers wore illustrated symbols in fights. When the armour and the covering pot helmet were developed, the soldiers could not make out the enemy from their own men. That is why patterned metal shields became the method of recognizing the soldiers.

In Finland the first logos date back to the 18th century and the iron and steel industry. With the help of logos, customers were informed about the manufacturer and the quality. In the end of the 1900th century the first logos were registered.

With industrialization came the packing of products. Company logos were used in the wrapping to make the products look more appealing to the customers.

Wulff’s logo was designed by P.O. Nyström, the art director of a Finnish advertising company Mainos Taucher. As the base of his design, Nyström used the French curve, a tool used by architects. This drafting tool consists of various curvatures and is used for drawing smoothly curved lines with different radiuses. They come in various different shapes and materials, for example plastic, metal, or wood. Modern computer-aided drafting systems use vector-based graphics to achieve a precise radius, so French curves are in much less use nowadays.

When the packing of products started with industrialization in the 19th century, companies started to invest in wrapping paper to make their products look more appealing. That is also what Wulff did and the company started to use its logo in the wrapping. Wulff’s packages were black-and-white striped and along the black stripe ran Wulff’s logo. Additionally, Wulff advertised itself by pasting a logo sticker on every sold item so that the customer would remember where the product had been bought from.

The black-and-white stripe is an effective, visible, and memorable brand element that Wulff reintroduced in 2008. Nowadays Wulff’s stripe is seen plentifully in its marketing materials. The French curve appears in black in Wulff’s logo, and its beautiful shape is also used by Wulff’s subsidaries to create a connection to the parent company and to Wulff’s strong brand. 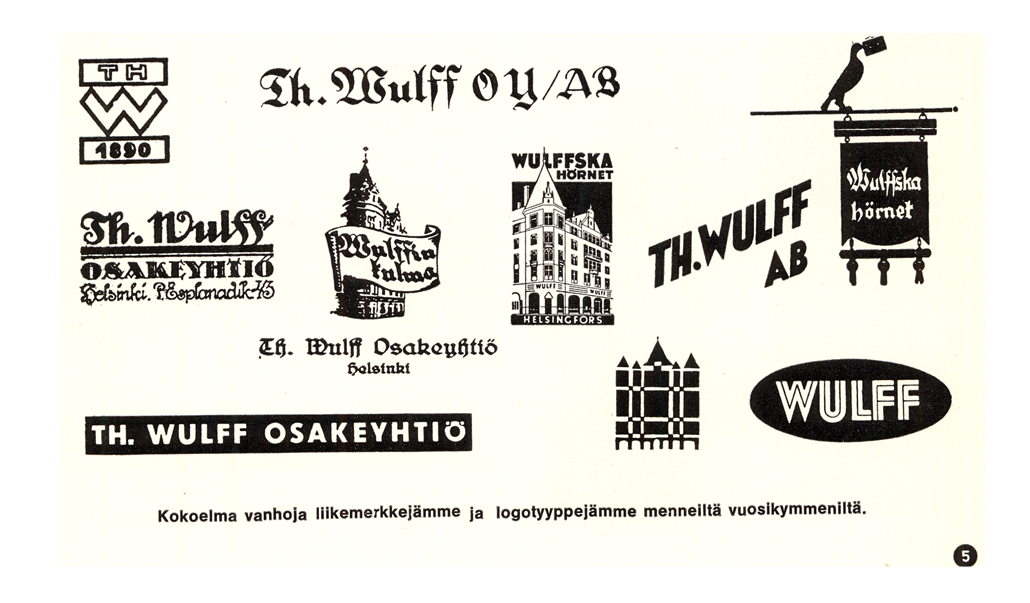